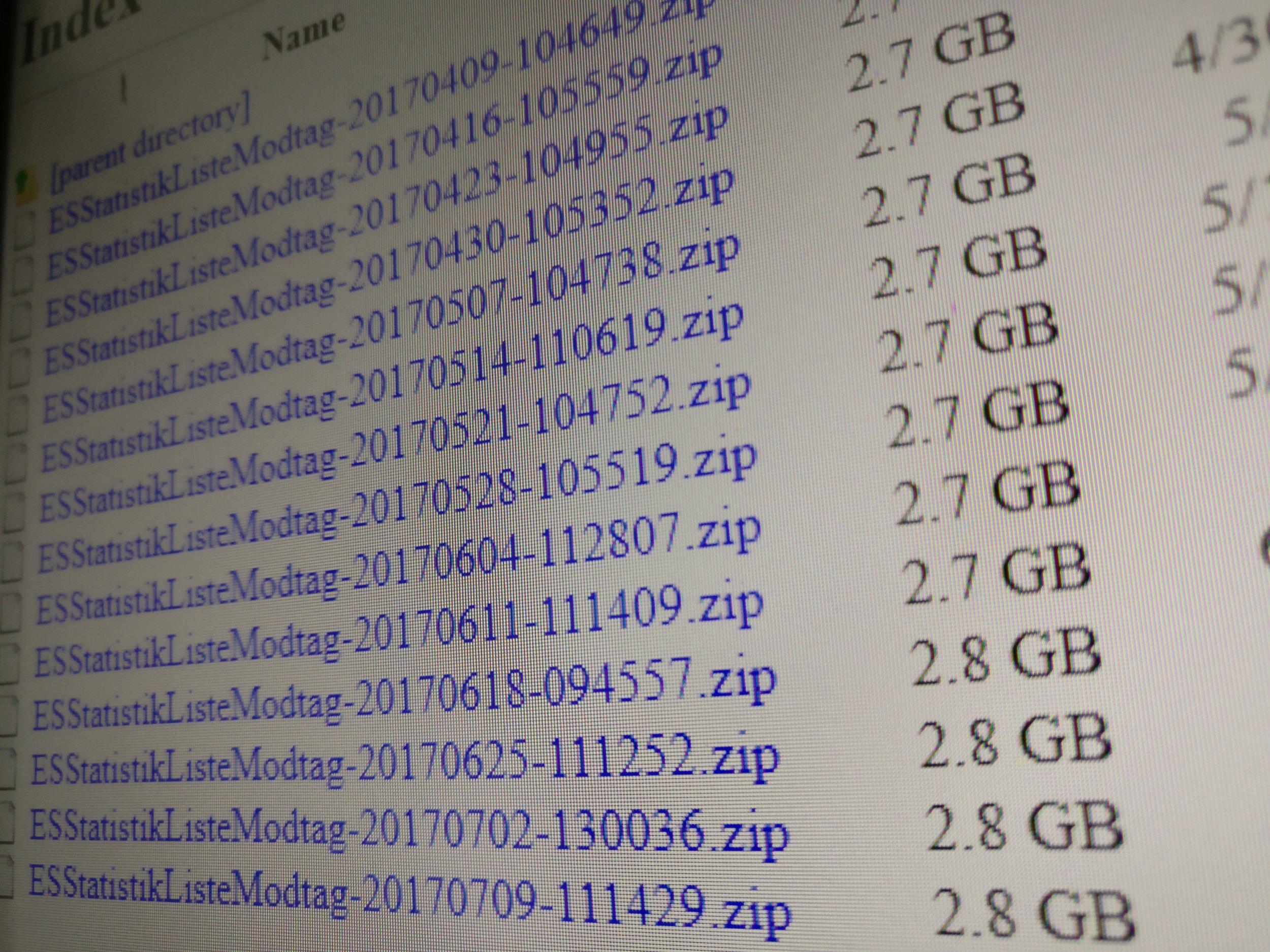 Certain types of files are dependent on metadata stored within the file itself to be read before the file can be used for anything. One of these file types is the ZIP archive format.

In .NET, it is fairly straight forward to read a ZIP-file from the disk. The following example presents a simple way to achieve this:

The ZipArchive class, which is built into the .NET framework, simply consumes a stream as seen in the example. Allowing the use of a stream creates great flexibility, but it has its limitations.

As mentioned earlier, a ZIP-file has the data dictionary located in the of the file and when processing smaller ZIP-files, the type of stream one uses may not impact the product in any noticeable way, but when talking compressed files of several gigabytes, the type of stream can be rather important as certain streams do not offer the ability to seek.

Opening a ZIP-file from such a stream, which does not offer the ability to seek, will result in the framework buffering the complete file in memory before processing it. This can have unwanted consequences when processing large files and it will either cause you to run out of memory while loading or you wait for an extended amount of time for a full download. This behavior can be rather unfortunate if you are looking for a single smaller file in a large archive of many gigabytes.

A case where this is true is if you attempt to open a ZIP-file from the response stream from an FTP server. The response stream is not seekable and may result in extreme buffering. This is illustrated in this example:

If the file is adequately large, this operation may last hours or you may exceed physical memory limits. Just retrieving the number of entries in the file.

Most current FTP servers allow requests to define an offset in the content which is requested, this will be the basis for the solution proposed here.

For solving the challenge, I wrapped an FtpWebRequest instance in an implementation inheriting from Stream, as a SeekableFtpFileStream, and thereby allowing the implementation to close and reopen connections with an offset to skip to file offsets of interest on FTP.

When seeking for a position with a lower index in the stream than the current position, the implementation will close and reopen a new connection with an offset equating to the byte position desired by the request to seek.

The source code for the solution can be seen following this link.

Combined with a handy extension method on the FtpWebRequest class, the result will look like this:

Unlike the earlier FTP example, this will execute in a matter of seconds depending on the server’s response time.

The SeekableFtpFileStream class is a bit atypical, compared to the usual response stream, by requiring the request and not the response. This is because the implementation will need to control and clone the request for seeking as WebRequests are not able to be reissued by default.

Currently, to avoid excessive re-connections, the implementation will always sequentially read, and drop, data to access a requested position further ahead in the stream. If attempting random access in a stream where entry offsets are scattered, the implementation may suffer from the same issue as the non-seekable solution present earlier and cause long loading times, but the exceeding memory limits should have been mitigated by not buffering large amounts of stream data in memory.

Another limitation may be that this implementation could trigger a sort of connection flood protection on the FTP server. Excessive seeking may result in heavy and frequent re-connecting to the server and depending on the server’s implementation and configuration, the client may be temporarily banned or blocked from the server.

As the implementation requires a FtpWebRequest, one cannot directly access the response, including response headers, in the current version as the response is not exposed as a property. Exposing the response may also be problematic as it is subject to change throughout the processing of accessing a file.

The targeted use case

The use case for and reason why the SeekableFtpFileStream wrapper was implemented was to consume large amounts of large XML-files ZIP archived on an FTP server. The ZIP files are of 2.7 to 2.8 GB in size and steadily increasing over time.

The XML-file contained in each ZIP-file is, at writing time, slowly reaching 70 GB of raw text. The file consists of data from the danish vehicle registry and a new revision is published slightly before noon (CET) every Sunday. You can access the data publicly here via FTP.

In my case, the entries of the XML-file needed to be read, parsed, processed, normalized, filtered and stored in a database. Due to the inherent nature of humans manually inserting data into governmental systems, the data is filled with different variations of the same items, missing fields and not all types of data is interesting for my purpose. This causes the process of importing items to the database to be relatively CPU performing all kinds of checks and normalization, and RAM intensive due to caching, which results in a relative long running task even when applying multiple threads.

The processing of XML items is not the majority of the time consumption though. Right after publishing to the FTP, a large number of systems are starting to download the newest file for all kinds of purposes, the data is actually rather interesting and can be used for a wide array of purposes. This brings the FTP server to its knees concerning bandwidth and causes the actual download process to extend to between 6 and 9 hours on the first day.

By applying the method of streaming the ZIP-file directly from the FTP server, my application can start processing XML data from the first moment the download is initiated and the processing of XML data will be done simultaneously with the download finishing potentially saving many hours of processing and allowing lower powered systems to handle the task without loss of time as the limited bandwidth naturally also limited the required CPU resources consumed.